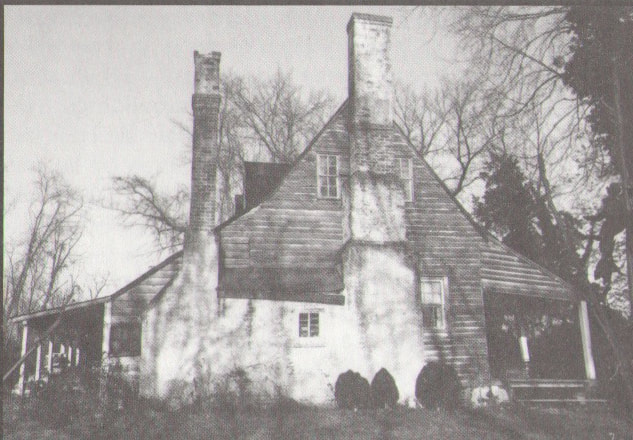 *1730 - Nicholas Meriwether receives land grant for 17,952 acres (encompassed most of the land along the Southwest Mountains)

**1733 – Findowrie was built: “One of the earliest extant hall-parlor-plan houses built for Thomas Darsie ,” according to K. E. Lay,( “Architecture of Jefferson Country”. UVA Press, 2000 p.41)- Lay thinks it dates possibly to a later time, perhaps built in1778 for John Clark or Joseph Brand, and is one of the oldest unaltered houses built in the Cismont area, later owned by Joseph W. Campbell, who operated the first steam sawmill in the county that supplied timber to the Virginia Central railroad which reached that part of Albemarle in 1848. That same year he began to supply Stone from the Rougemont quarries to build Grace Episcopal Church.


1738- Frontier Preacher Rev Anthony Gavin baptized many people, including 172 Blacks, wrote to Bishop of London” Greatest part of our brethren taken up farming and buying slaves, which is in my humble opinion is unlawful for any Christian and particularly for clergymen. By this, souls committed to their care must suffer and evil cannot be redressed.” (Rives, p. 22, footnote#26) Bishop Meade commented that Gavin’s views on Slavery would have been unacceptable by many of his parishioners and from views expressed by Rev. Ebenezer Boyden in the 1850’s.

1742- Founding of the Fredericksville Parish (Rives.p.93)

1745- Christopher Clark, a Quaker and large landowner in Louisa and eastern Albemarle, resigns from the vestry of the Fredericksville Parish and Dr. Thomas Walker is elected in his place, serving until the disestablishment of the Anglican church in 1787.

1745 - Grace Church (Colonial Middle Church) is constructed “with gallery for the negroes”.

1750 - Walker led a four-month expedition to Kentucky with five companions.

*1751 - Colonists settled in Southwest Mountains to establish plantations for Tobacco.

1765 - Walker constructs the frame portion of the house at Castle Hill.

*1776 - Jefferson proposes “African Colonization” as a solution to slavery.

1787 - Dr. Thomas Walker serves on the vestry at Walker’s Parish.